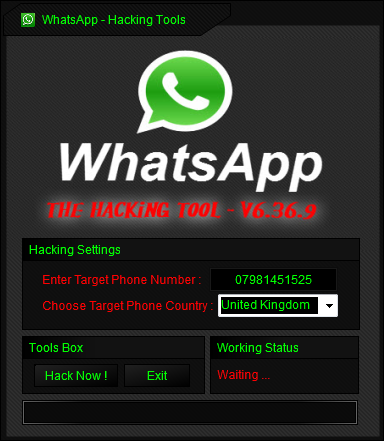 It has everything, from social media monitoring to location tracking to call monitoring. It is not only my favorite but it also the 1 WhatsApp Spying app on the internet. And it actually deserves to be so. Here is why:. It will spy on the phone no matter it is rooted or unrooted. This is made possible with the cutting edge technology of Spyic. It can be on the far corner of the world and you will still see all its messages. Spyic for Android requires an app installed on the target phone. However, this app always runs in stealth mode. After installation, the app icon vanishes and only you can evoke it with a secret code.

The app size is less than 2 MB and it installs within seconds. The user is never going to find out that you have installed an app on their phone. For iOS, it requires no app installation on the target phone. Therefore, any chance of the target user finding that he is being monitored is out of the question.

It can be hard to trust a new and coming app in the market when it comes to phone spying. However, Spyic has been around for a long time and it is employed by millions of users around the world. You can spy on the phone from Spyic dashboard, which opens on the internet in all web browsers. Further, it has convenient pricing plans. You can choose the number of devices you want to monitor. You can also opt for monthly, quarterly, or yearly renewals.

Go here and check out Spyic demo for free. I think it will paint a better picture for you. Therefore, check out all these things Spyic does for you in addition to spying on WhatsApp. It also has separate modules for Facebook, Snapchat, and so much more. You will know every aspect of the user and who all he talks to everywhere. This is one of my favorite Spyic features. It essentially keeps a record of every keystroke that is made by the user. This includes a message on WhatsApp, a search in the browser, or looking for a person on Facebook.

Another very good feature. Call monitor will record all the calls that are made by the device and received by it. It will give you complete information like caller identity, call duration, etc. Further, you can even record the calls to know what the person is talking about. This can be very helpful if you already have your doubts about the person.

Location tracker gives you an update about the live location of the person. You will know where he is and where he has been recently. You can even set a location perimeter for the phone.

When the phone crosses this boundary, you will get an alert. This is just a glimpse of what Spyic has to offer. However, for the sake of this list, I will keep its discussion limited. Go here and check out all the things that Spyic can do for you. You can also check free demo of Spyic.

I know you have probably made up your mind without going through the rest of the list. I was like that too when I first came to know about Spyic. For all those people who want to get Spyic now, you can go here and signup. If you take Spyic out of the equation, Cocospy is the best WhatsApp spy tool ever created. With so many features that are hard to count and a brilliant user interface, Cocospy stands out from the rest of the crowd.

The All in One Android Monitoring Solutions

It never fails to woo me whenever I try it out. It even shows you the pictures and videos that someone has sent or received through WhatsApp. It is not just limited to that. It also shows you the snaps that the person has captured from their camera. Further, it also gives you an idea about all the people they talk to. And you might think that you would have to do a lot of hard work to get it running.

It installs within 3 minutes and it does all the work by itself. All it needs is the iCloud credentials of the user and it works like a charm. For example, it can track messages, locations, and phone calls too. Further, it also has options to monitor other social media platforms as well. It is available for both Android as well as iPhone.

However, a major downside and a dealbreaker for me of this app is that for Android phones, it requires rooting the device. As I know rooting can compromise the device security and warranty, I am unhappy with this particular stance of the software.

However, when standing up against in competition with apps like Spyic and Cocospy, I wish it could do more. Firstly, the major downsides of the app is that it charges on a daily basis. That can put you off since the pricing model tends to be costly and calls for daily renewals. However, since this is a list of WhatsApp spy software, I think Spytomobile is a good inclusion since it can accomplish the job. Flexispy is a WhatsApp spy app for Android that can work on phones, tablets, and even computers. It offers monitoring of digital and audio communication of Android as well as iPhones.

It even offers brand new phones which have Flexispy preinstalled. This tool can be used by parents as well as employers. However, you would have to install the Flexispy app on your system in order to monitor the target phone. While I like the fact that Flexispy is available for Computers and Blackberry as well, the price is way too high. The monthly prices are many times higher than apps like Spyic which offer many more features.

It is the most expensive tool that I have seen so far. At this price, you would hope that it installs without much trouble.

However, it requires that you root or jailbreak your target phone. That is very saddening. I hoped for the price tag at least they would give me some convenience in the installation process. It is compatible with Android as well as iOS. Through the use of this app, one becomes aware of the problems coming in the way.

WhatsApp is the app that enables an individual to chat freely without paying separately for every message. Most of the valuable information nowadays is shared online on the WhatsApp Messenger. This is the best medium of communication. Many features are also developed in the app which is very useful for gaining more information and convenient use. Videos are shared through WhatsApp, photos, video chat and calling feature is the best and people can chat with their loved ones, and they feel as if they are sitting in front of them. These features are also very beneficial for spying purpose.

With the increasing use of this spy app, many other advantages are also introduced to the people. The WhatsApp is very popular among students and teenagers. The parents who are aware install this spy whatsapp messenger , and the children can be kept under their surveillance. They can check the messages and can see that the content they are receiving on the WhatsApp is useful for them or not. They can even monitor the chat and block the person who is not suitable, through some specific features.

This is very simple and easy process, and you can also get all the configured information through this app. Children are keeping the secrets from their parents, and this gap increases anxiety, depression, and the last step is suicide. Teenagers think that suicide is the only solution to the problem; they do not think with a calm mind. For stopping such activities and crimes, it has become important for people to have spy WhatsApp. You should know this thing that to get all the information both the mobile has the spy app installed in the device. You can also make them download it themselves without touching their phone by sending the automatic link through the text messages. 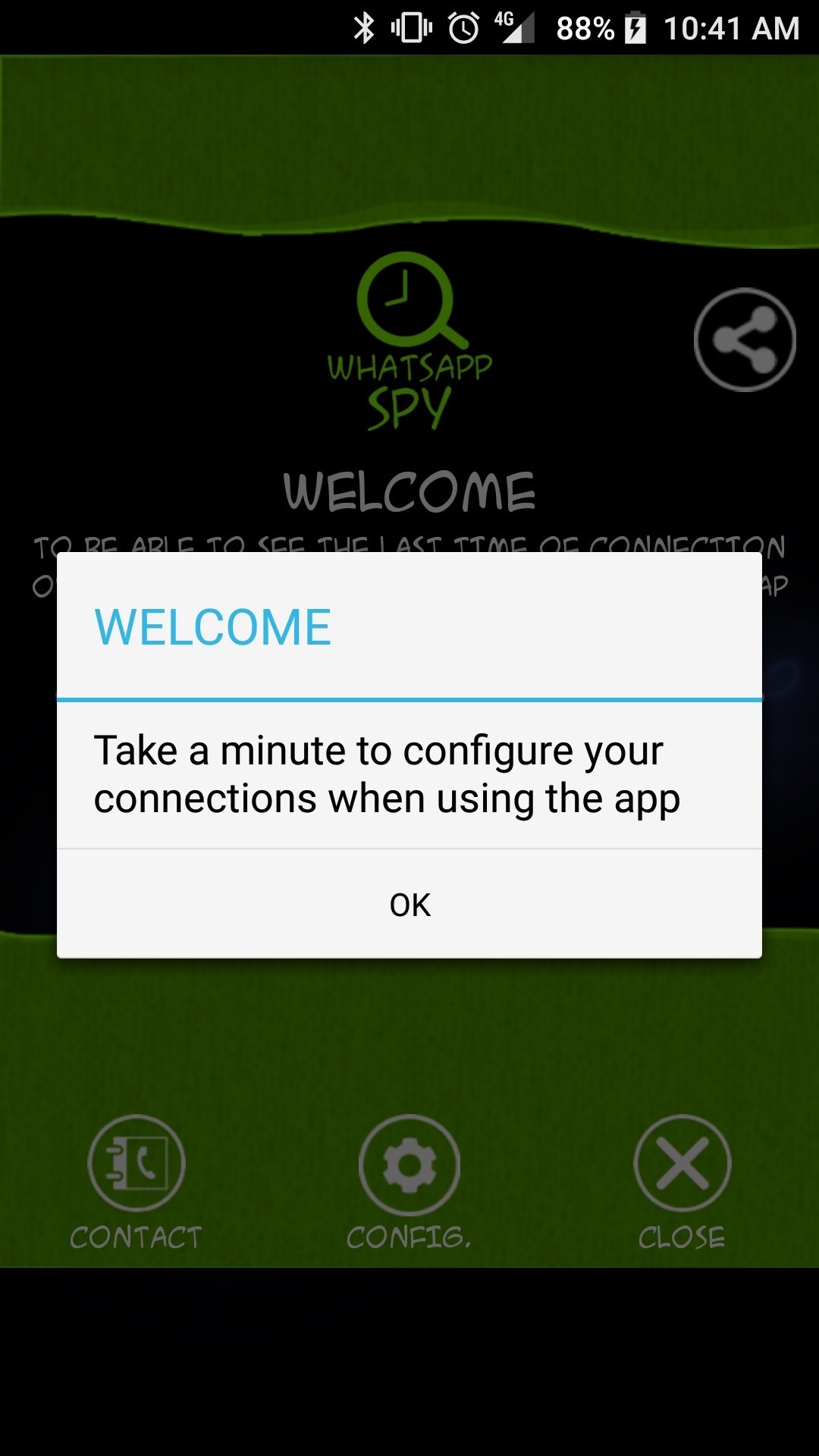 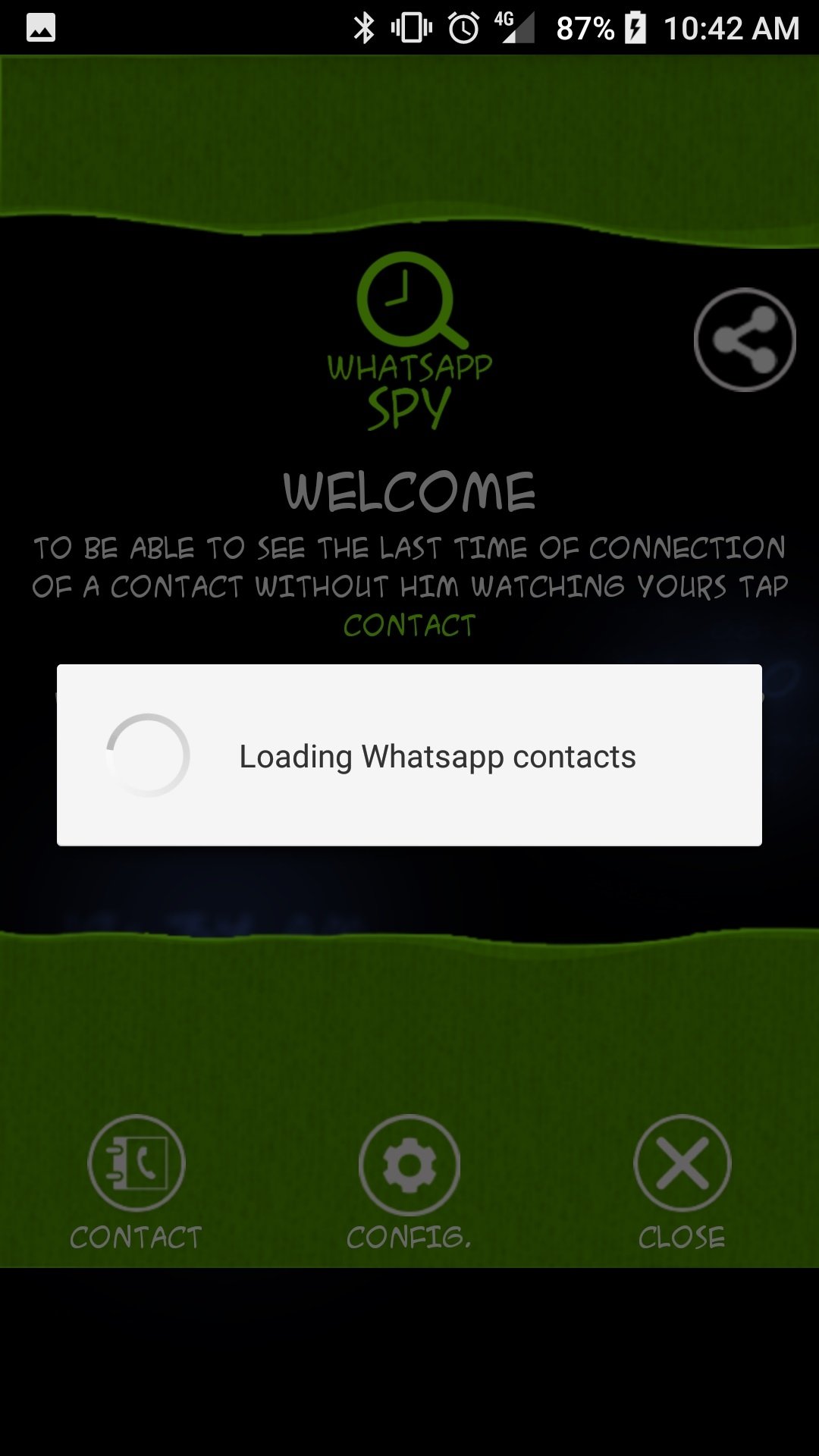 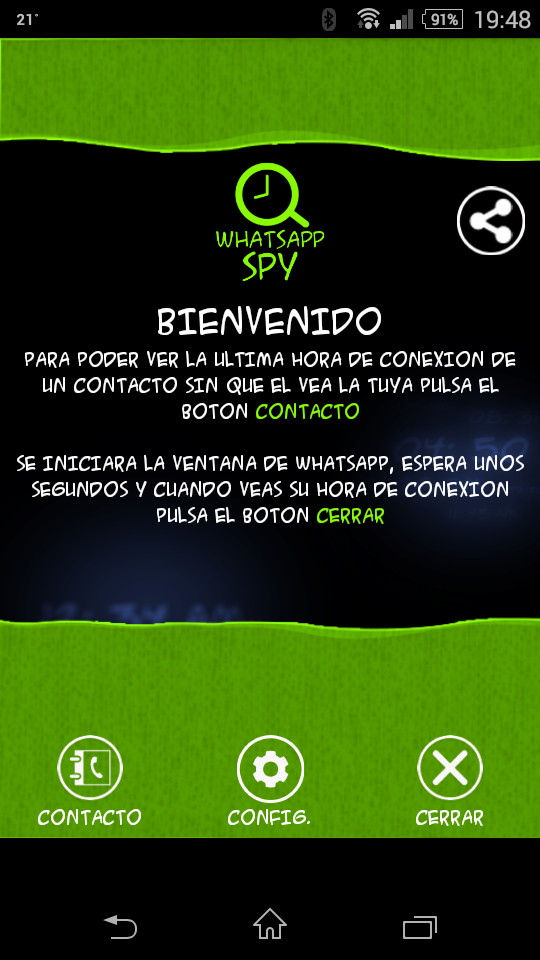 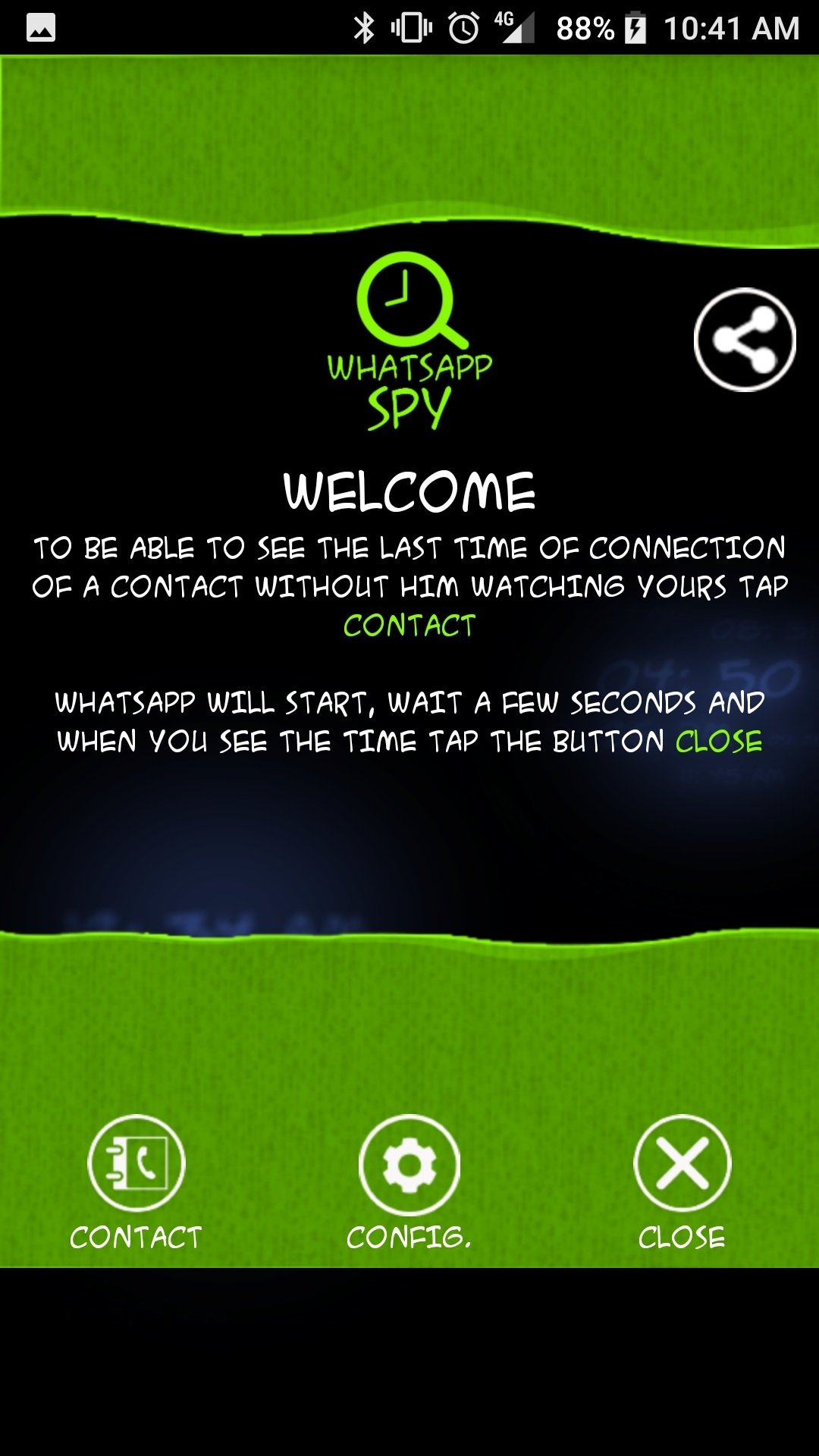 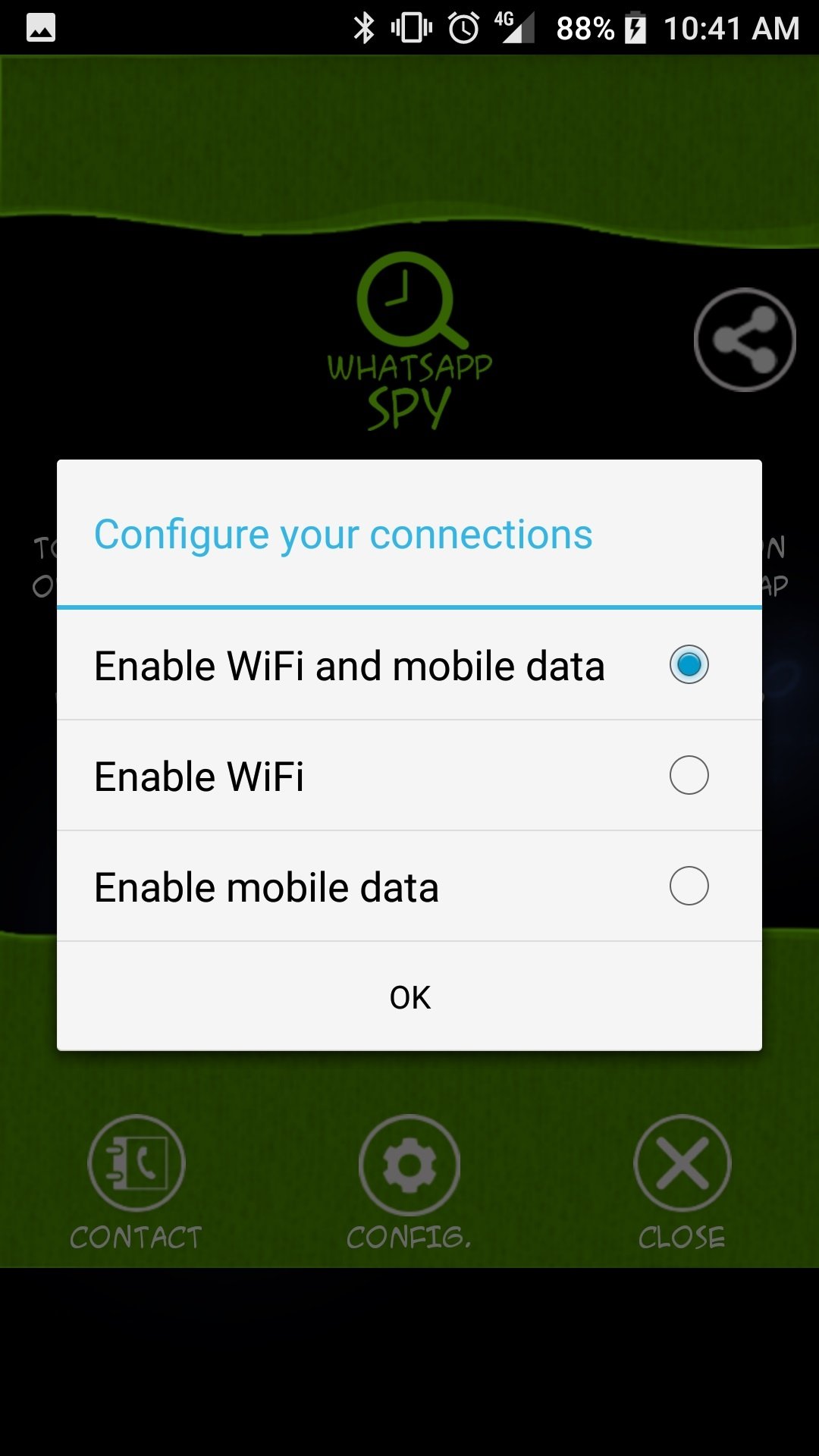 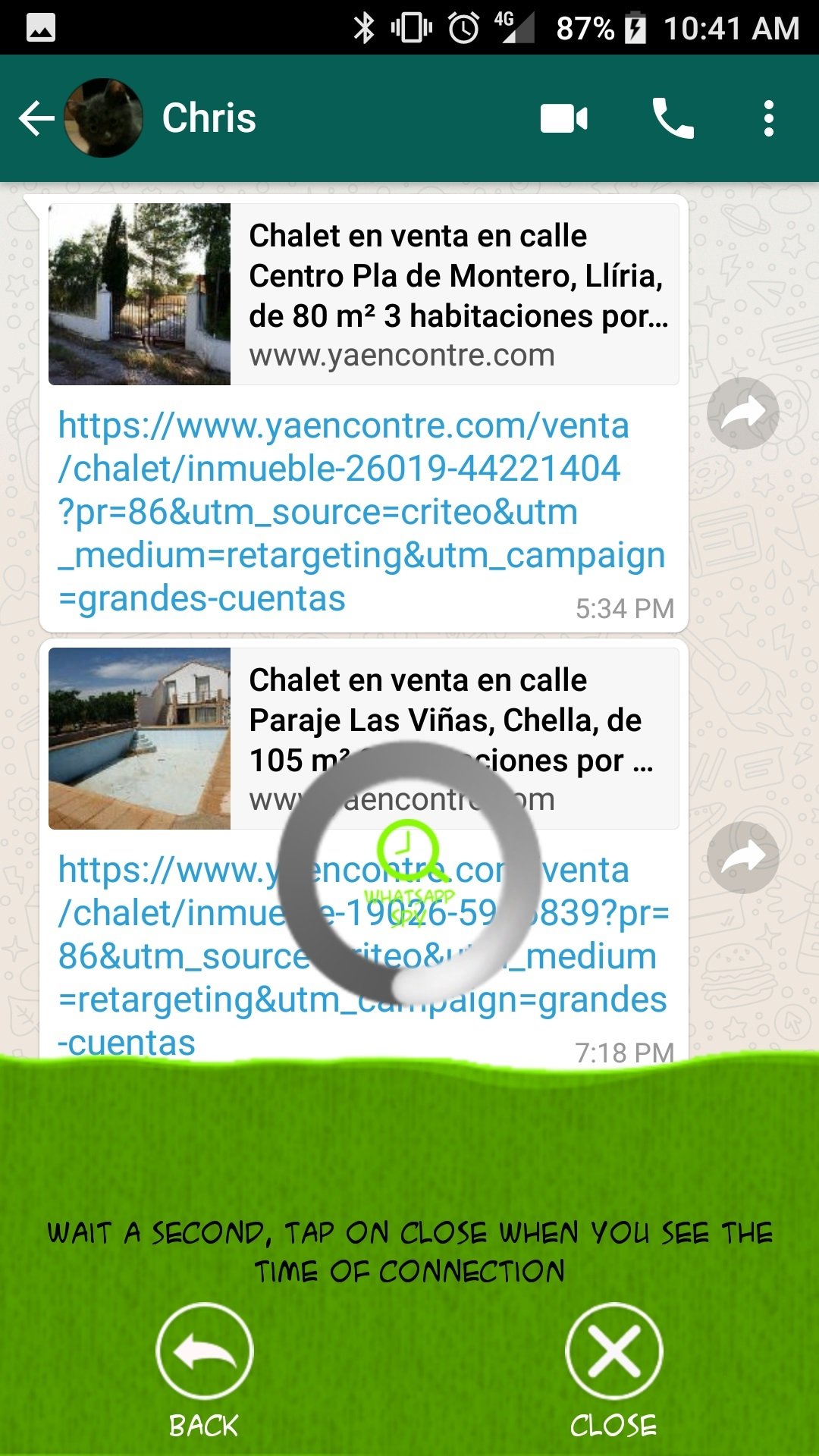